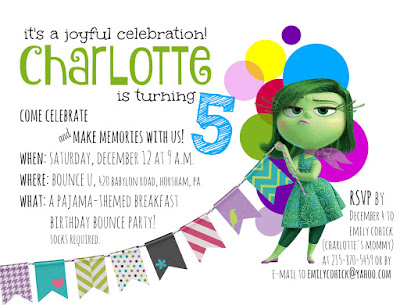 It's hard to believe that this Hop has been going on now for 5 years (as has my blog!) and I have had the privilege of participating in every one of the Hops.

(Thank you, Shawn Mosch, for having me, and for your friendship!) 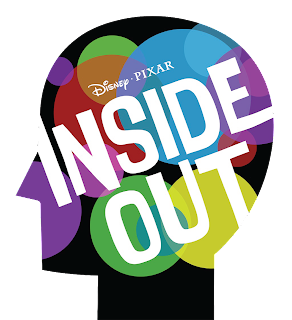 Now, it's hard to believe that I'm not what I would consider a Disney Super Fan, but I have been to Disney World more than a dozen times, and Disneyland just once.

This year, I'll be in Disney World in late June for the national convention of Close To My Heart, and in October, I and my daughter and her family (including husband Josh and my grandchildren Charlotte and Evan) will be going on our first Disney Cruise aboard the Disney Magic.

I guess we qualify as "Super Fans" after all ... and especially now with grandchildren who can't get enough.


Granddaughter Charlotte turned 5 in December, and wouldn't you know it, her most favorite Disney story "E-V-E-R" is "Inside Out," which is the first movie she actually saw in a movie theater. And here's the surprising part, her favorite character is "DISGUST" -- that's the green one. LOL!!!  Charlotte can really put on that attitude, that's for sure!
My daughter Emily pressed my papercrafting and graphic arts abilities into service to make the birthday party invitations, favors, decorations and more ... and I share them here for this hop.
In the upper left of this post, you'll see the invitation I designed. It printed 4.25"high and 5.5"wide, and fit perfectly in a colorful standard A2 envelope.  I used my favorite online design software, PicMonkey, to make this invitation, and printed it at home on a color laser printer by Dell. 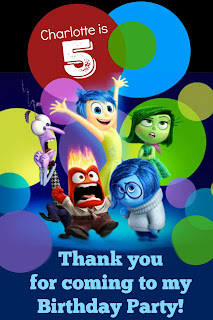 Next, I created the favor bag tags, using fun "Inside Out" images I purchased on Etsy. Again, I turned to PicMonkey to layout the tag with colorful "thought bubbles" behind the characters, some personalization in the upper left corner of the tag, and a thank you sentiment at the bottom.  I printed these at home on my color laser printer, trimmed them into a tag shape, mounted them on colored cardstock and put an eyelet at the top to tie the tags to the bags. Here they are finished, with the treats wrapped in "thought bubbles" tissue that Charlotte's Mom, Emily, found: 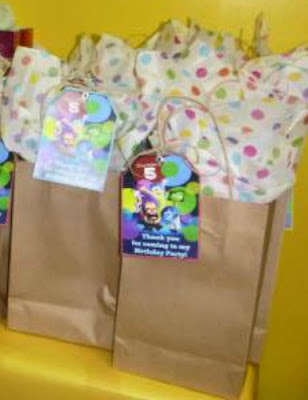 (Sorry the picture's so blurry!  I swear we only had juice to drink at the party at Bounce U in Horsham, PA.)

And then there's the cake ... I purchased the entire cast of "Inside Out" characters made out of plastic/resin, from Amazon.com. Each of the 10 characters is about 4" high. I then took them to a local bakery and asked them to create a layered cake, incorporating the figures into their design. Funny -- they never heard of the movie, so I really had to describe the "thought bubbles". I wish the colors were more primary and bright, but still, I think they did a nice job: 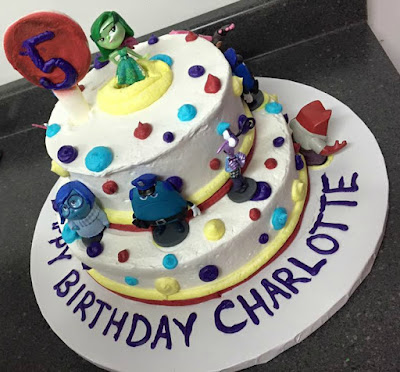 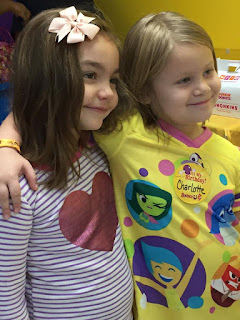 The event was a pajama party (9 a.m.!!), so what better than to outfit the birthday girl in "Inside Out" pj's?  Here's Charlotte on the right, with her bestie, Violet.

Charlotte's brother, Evan (age 18 months) is more into pirates, so he wore his treasure-hunt jammies but still enjoyed the party with about 20 other little ones. That's Evan in the center, with big blue eyes to match his jammies: 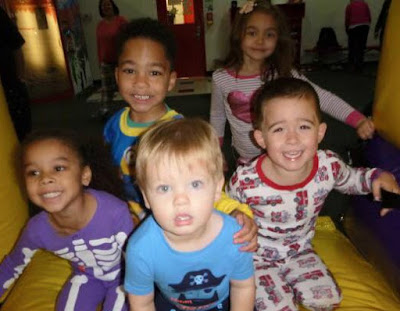 I also made Charlotte a pretty "Inside Out" necklace, featuring her favorite Disgust-ing character:


I also started work on a name banner for Charlotte's room. Here are the first two letters of the nine; they're all done but I haven't figured out yet how I want to string them all together. I used thick chipboard for the base of each letter, and honestly, it's much heavier than I anticipated. It might be better to stand these on a shelf than to hang them, but I wanted you to see them anyway.


Have you seen the movie "Inside Out"?  I have to tell you, it's one of my very favorite Disney / Pixar movies. It was full of puns, innuendo and references that only a grown-up would understand, but perfect for little kids to watch and enjoy. Its script is just out-of-this-world wonderful!  I sat there watching it -- with Charlotte, of course, and her Mom Emily -- and kept imagining all of the ways that Disney could design a theme park around "Imagination Land."

I hope you've enjoyed my multiple "Inside Out" projects as much as I have enjoyed being a part of The Original Disney Pixar Blog Hop.  I'll be sending you on to MIRANDA's blog next, but before you go, make sure to enter for a chance to win our prize for this hop . . . a Disney paper pack from Queen & Co.  The "Rafflecopter" entry form is below. 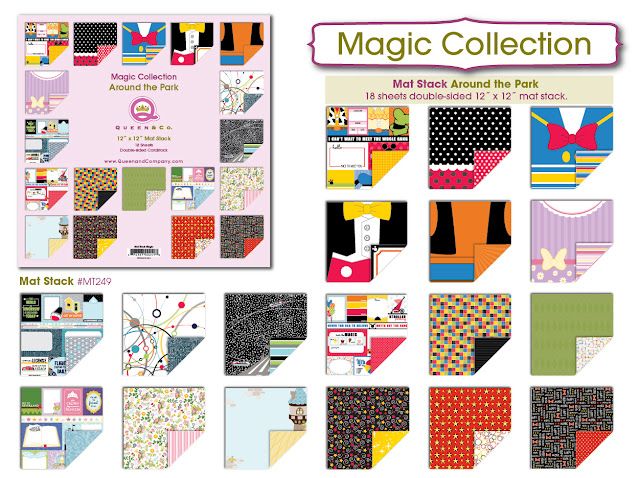 The paper stack will not even be shipping out to stores until late February 2016, so you can have it before the stores are even selling it!  Note: Due to the fact that we received this paper stack so early, it is considered a promotional proof and there could be some slight variations from what will be shipped to stores.

Good luck, and enjoy the rest of the hop!  Now, move on to MIRANDA's cute blog next. If you want to start at the beginning, jump over to Shawn's blog and follow along;
the full blog hop line up is below.