Happy Sunday to you!
This weekend, Hubby and I had a dinner visit from our dearest and I dare say, most long-term friends, Star and Bernie. I've known this fantastic duo since 1979 when Star and I worked together at St. Christopher's Hospital for Children in Philadelphia. 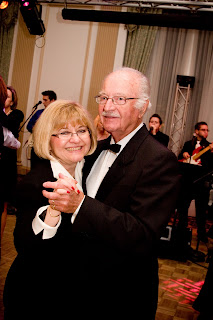 They've stuck by me through thick and thin -- including during a time when many friendships get lost, my divorce in 1994. And they lovingly welcomed new Hubby John into my life and circle of friends not long afterwards.

John and I cherish them!!
Star has been making cards far longer than I, though I may be a bit more of a nut about acquiring and hoarding supplies. I don't know if Star and I could really craft together because I am ... ummmm messy oh let's say creative.  Star is much more meticulous than I. 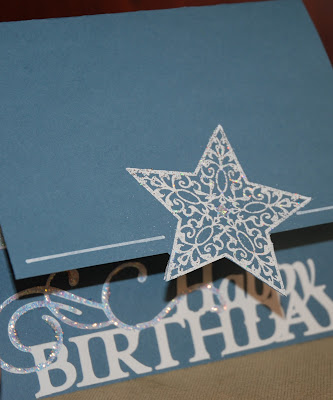 Star's birthday is just 8 days after mine, so here is the card I made for my dear friend.

Yes, I try to incorporate a "star" into the cards I give her -- it may be corny of me, but she's truly a STAR in my world, and that is after all, her given name.
And Bernie -- well, he used to own a rubber stamp company that he's now passed on to his sons since he retired. I mean, he did rubber stamps pre-laser days and when businesses bought most of them, not crafters. So I guess we were just destined to have our planets collide!


Bernie's birthday is within a week of Star's, so I have the fun of coming up with something masculine for him ... but also funny. Here's his card: 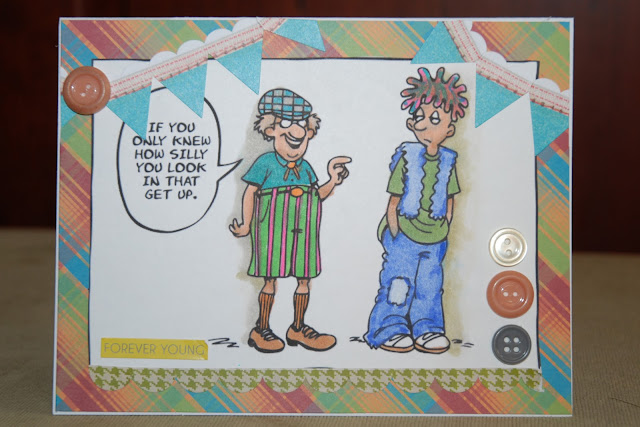 We've always had that sort of relationship, Bernie and I -- if you ever meet him, be sure to ask him about the time I almost drowned in Punta Cana while swimming with him, because I came up from the water laughing so hard. Trust me, ask him!
Star and Bernie winter in the Florida Keys, and I'm sorry to say (sad for me ... happy for them!) that they're heading south soon.


So while I have their attention (Star checks my blog every morning!), I just want to say: Thank you, dear friends, for all you do for me, for all you mean to us, and for just being you.

When I look up Friendship in the dictionary, I see a picture of these friends. (Just that it's the picture that Star took of Bernie at my wedding to DH John ... when you see Star, ask her about it!  Just be careful not to ask when you're underwater, or you too might almost drown!)  ♥ you guys!
By Ellen Jarvis at September 18, 2011

We are blessed to have you and John in our lives--thank you. If we were to craft together, you would get nothing done as I would be "picking your brain" and using your stock piles of goodies. You are a very special friend.

Loved both of the cards!!!! I don't think it's corny to add a star to Star's birthday card I think it's very fitting.
Michelle