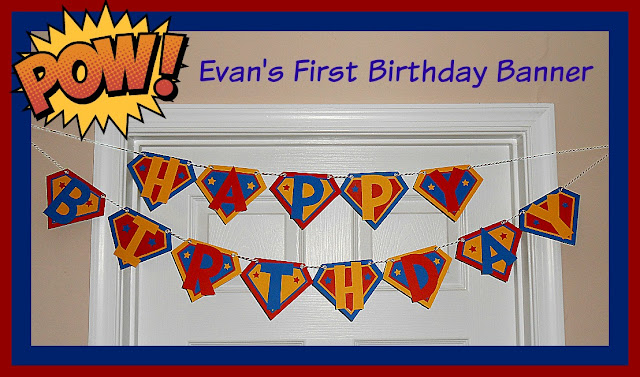 It's hard to believe that this time next week, my adorable grandson Evan will be ONE year old!  Whew, that year just flew by. 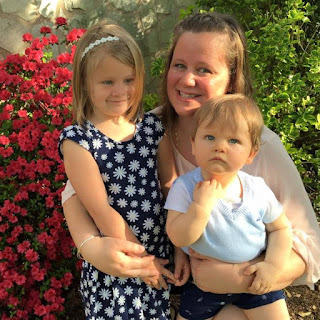 I have had the privilege of being Evan's primary daycare provider for the past year, tending to Evan on the three, occasionally four, days a week that his Dad Josh was at work, and while his Mom Emily had to sleep following her overnight shift as an ER nurse. Just recently, Evan started to go to a real "school" (where his sister Charlotte attends) half-time -- a day or two a week -- and he's still with me for another day or two each week.
Family and friends are gathering next weekend to celebrate the "superheroes" ...Evan who's turning one, and his Dad who just turned 30 (POW!) in May. Since the theme is "Superheroes", I used a darling font file I found in the Silhouette Online Store, and primary colors of red, yellow and blue, to make the celebratory banner (above).  I hope the birthday boy loves it! 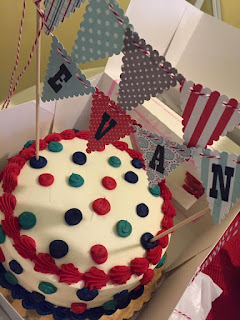 I also made the mini-banner above Evan's smash cake (at right), used in the professional photos below:
Here are just a few pictures of Evan, taken by professional photographer Elizabeth Moore. "Pot" (hubby John) and I bought the session and the copyright to the photos, as our gift to Evan and his family, for Evan's birthday. 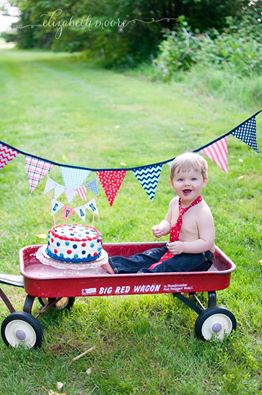 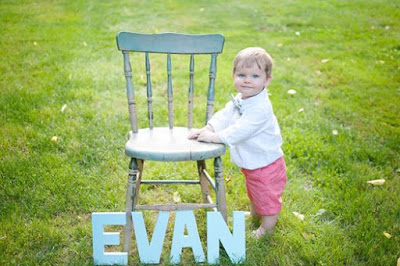 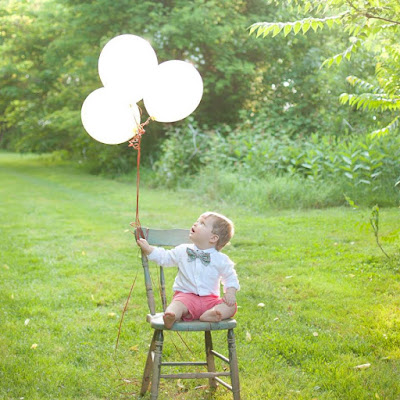 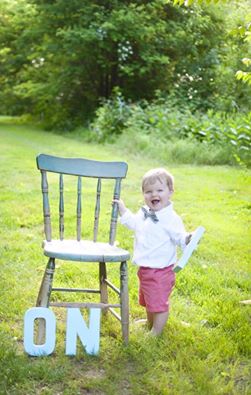 P.S. :  I also made the ties Evan wears in the photos above. 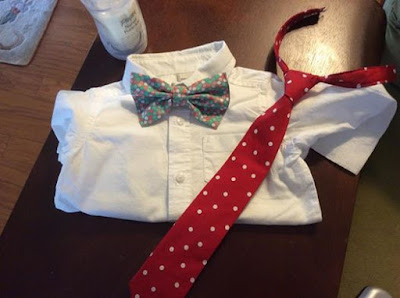 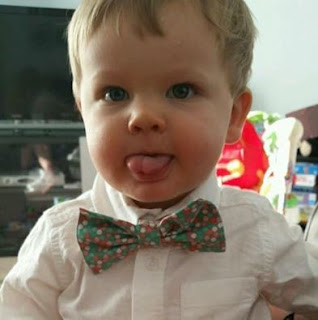